A high percentage of patients with Chagas Disease are also infected with the intestinal parasite 'S. stercoralis'

In patients with Chagas Disease, the odds of being infected by the intestinal worm Strongyloides stercoralis increases by two-fold, according to a study led ISGlobal, an institution supported by the “la Caixa” Foundation. The study, published in Plos Neglected Tropical Diseases, underlines the potential benefits of performing a combined screening for both infections among Latin American adults living in Europe.

Chagas Disease (caused by the parasite Trypanosoma cruzi) and strongyloidiasis (caused by the helminth S. stercoralis) are neglected tropical diseases that share a similar epidemiological burden and result in chronic infections with high morbidity and mortality.

In this retrospective study, the authors evaluated the association between Trypanosoma cruzi infection and strongyloidiasis in a cohort of Latin American migrants screened for both infections in the Hospital Clinic at Barcelona between January 2013 and April 2015. The results obtained with 361 individuals show that 14% of them were positive for strongyloidiasis and 49% were positive for T. cruzi. Factors associated with T. cruzi infection included being of Bolivian origin, coming from a a rural area and having lived in an adobe house. A higher percentage of patients with strongyloidiasis was infected by T. cruzi, and viceversa. The statistical analysis shows that T. cruzi infection was associated with a two-fold increase in the odds of strongyloidiasis in Latin American migrants attending a tropical diseases unit, even after adjusting for other epidemiological variables.

Combined screening for both infections

“Both diseases are strongly influenced by socioeconomic factors and poor healthcare systems” says Jose Muñoz, ISGlobal researcher and coordinator of the study.

“We have already demonstrated the cost-benefit of performing systemic Chagas screening in asymptomatic Latino American adults living in Europe” explains Joaquim Gascon. Given the high prevalence of strongyloidiasis in T. cruzi infected patients, the authors recommend implementing a combined screening program for both infections among Latin American adults living in Europe. 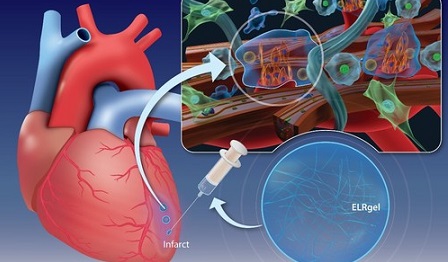