A new technique to determine causes of death in children, stillbirths and neonates was validated

Minimally invasive autopsy (MIA) is a new method that can identify causes of death in children, stillbirths and neonates with a precision and accuracy comparable to that of the complete diagnostic autopsy, according to two new studies led by ISGlobal, an institute supported by the “la Caixa” Foundation. The results were published in Plos Medicine, who has decided to dedicate a complete collection to this innovative method.

“Reliable data on the causes of death of neonates, stillbirths and children will help guide better and more evidence-based public health strategies to improve child survival in countries with high disease burden and low resources” say Quique Bassat and Clara Menéndez, lead authors and study coordinators together with Jaume Ordi.

Much progress has been made in child survival over the last decades. However, 3 million neonates and 6 million children still die every year, and more than 2 million babies die before birth. The great majority of these deaths occur in low-income countries and the reasons are not known because the methods currently utilized to investigate causes of death are generally unreliable. This means, in turn, that little can be done to avoid these deaths. Complete autopsies are the gold standard to determine causes of death, but they are difficult to perform due to lack of trained personnel and because most deaths occur far from hospitals.

The goal of this study was to validate a minimally invasive autopsy technique, previously validated in adults, to determine the cause of death in children, neonates and stillbirths in a reference hospital in Mozambique.

In the first study, the researchers compared the results obtained by MIA with those obtained by complete autopsy in 18 stillbirths and 41 neonatal deaths. For the stillbirths, the concordance between MIA and complete autopsy was considerable, with a majority of deaths caused by fetal growth restriction (39%) and infectious diseases (22%). Results indicate that maternal HIV infection was indirectly responsible for one third of stillbirths, a relevant figure for countries with high HIV prevalence. For stillbirths, most deaths (66%) were due to infectious diseases. However, the concordance between MIA and complete autopsy was lower since congenital malformations are difficult to detect by the former.

In the second study, the authors compared MIA and autopsy results for 54 deaths in children under 15 years of age. The results show a high concordance between both techniques. MIA was able to identify the cause of death in 96% of the cases, with infections (78%) and malignant rumors (13%) accounting for the majority of diagnoses.

“These results constitute the cornerstone of CHAMPS, a global child health surveillance network funded by the Bill & Melinda Gates Foundation” adds Clara Menéndez, director of the Maternal, Child and Reproductive Health Initiative at ISGlobal, “and will help accelerate progress towards global health and development targets”.

“It is important to stress that we have not only demonstrated the tool’s validity from the technical point of view, but also its acceptability among communities in different countries and different cultural and religious contexts” says Jaume Ordi, pathologist and research professor at ISGlobal and coordinator of CADMIA-plus, a project that furthers the validation of the MIA technique.

The next short and mid-term goal is find a way to improve MIA precision for those diseases where existing methods are inadequate, through the combination of clinical, biometric and biochemical data. This will help improve the efficacy of MIA in determining causes of death among disadvantaged populations that suffer from a high mortality burden. 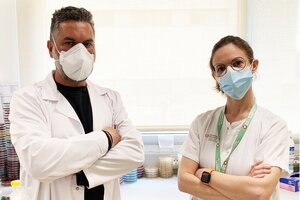