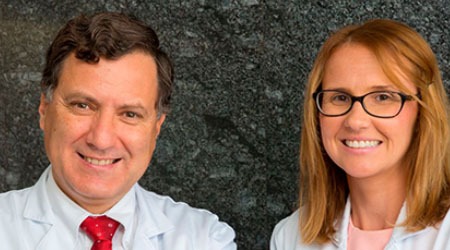 The Hospital General Universitario Gregorio Marañón and the Clínica Universidad de Navarra have finalised the phase I clinical trial of B0-112, the first immunotherapy developed in Spain. Sponsored by the biotechnological company Highlight Therapeutics, this trial has investigated the combination of BO-112 and anti-PD-1 nivolumab or pembrolizumab antibodies and has proven to be safe and to have the potential to revert immunotherapy resistance in cancer patients.

The formulation of BO-112 is based on double-stranded ARN molecules, and achieves a direct antitumour response which is, in turn, strengthened due to the activation of innate immunity mechanisms. This immunotherapy treatment is injected directly into the tumour or its meta-stases.

This work also had the participation of another five Spanish hospitals (Ramón y Cajal, 12 de Octubre and Quirón Pozuelo in Madrid, ICO Barcelona and Virgen de la Victoria in Malaga). The results have been published in the journal Science Translational Medicine with the title “Intratumoral nanoplexed poly I:C BO-112 in combination with systemic anti–PD-1 for patients with anti–PD-1–refractory tumors1”.

The line of research followed with BO-112 began with a first stage in which the BO-112 compound was injected directly into the tumours of 16 patients with advanced cancer. It was proven to be safe and the changes observed in the biopsies carried out on the injected tumours indicated strong activation of the immune system.

In this second phase, a study has been carried out based on the combination of BO-112 and anti- PD-1. The trial was carried out on a group of 28 patients with melanoma, lung and kidney cancers for whom the prior immunotherapy based on an anti-PD-1 (nivolumab or pembrolizumab) did not work.

The compound stabilised the disease in 10 of the patients and brought about an objective reduction of the tumour size in another three. Of the patients benefiting from the treatment, two who had a diagnosis of advanced melanoma are still in remission to date, two years after starting the treatment. In the patients who benefited most, molecular analysis has shown greater activation of the immune system than occurred in the patients for whom the compound did not work.

In the words of Dr. Iván Márquez Rodas, from the Medical Oncology Service of the Hospital General Universitario Gregorio Marañón, co-director of the project: “If the results are confirmed in broader studies, this intratumoral treatment strategy with BO-112 could help to revert primary resistance to immunotherapy, a problem faced by between one third and half of the patients treated with immunotherapy based on an anti-PD-1 for which we need therapeutic alternatives. The next step is to define the profile of the patient who will benefit most and to carry out a study of the biomarkers which assist in this selection”.

Additionally, Dr Ignacio Melero, a senior researcher of the Immunotherapy Service of the Clínica Universidad de Navarra and CIMA, who is the co-director of the project, explained, “We have shown that the best way to use this compound is to injected it into the tumours, as it mimics a viral infection very well within the lesions and makes the immune system believe it must fight a viral infection in the tumour tissue”.

Dr Enrique de Miguel, a radiologist at the Hospital Gregorio Marañón, points out that ultrasound scans are used in the application of the antitumour drugs, as they, “pinpoint the tumour and the route of the needle in order to avoid blood vessels. All this is done in real-time during the procedure, which allows for greater precision and safety”.

In the same issue of the journal, the research group led by Dr Antoni Ribas, at the University of California Los Angeles (UCLA) has published the research carried out by Dr Anusha Kalbasi et al which further explores the new BO-112 action mechanisms in animal models2. According to Dr Antoni Ribas, “BO-112 is like lighting a fire with a match that works on wet wood”, as BO-112 has the capacity to initiate antitumour responses in models resistant to other immunotherapies.

Based on these results several clinical trials have been launched both in Spain and abroad and will continue to study the role of BO-112 in combination with immunotherapy in the treatment of cancer. “Specifically”, says Dr. Melero, “we are developing new clinical trials in several centres in Spain focusing on the treatment of metastatis in the liver for several types of tumour. Moreover, there are advanced plans to begin treating patients with melanoma that is resistant to treatment with anti-PD 1 antibodies, which is the standard immunotherapy for this disease”.

These results are extraordinarily important as they pave the way for the commercialisation of the product if it turns out to be effective. ”It is a very promising approach in the field of cancer immunotherapy encompassing the use of immunostimulant agents via intratumoral administration. At least 20 agents are being tested on patients with this innovative method, and so this is a highly competitive field of research”. 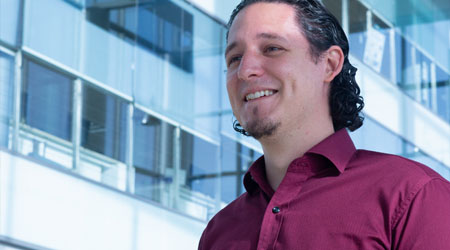