The GENESIS Ventures fund, managed by GENESIS Biomed, has invested a total of €325,000 in five start-ups, spin-offs and projects in the biomedical field during its first year of existence.

As Josep Lluís Falcó, the founder and CEO of GENESIS Biomed, explains “we have shown our commitment to projects in early phases, providing our investment and know-how in order to add value to these projects. We dedicate most of our investment so that research teams and entrepreneurs can carry out the studies needed to generate new data and scientific results”.

The fund also helps prepare the team to set up the company, draft the business plan and earn the latter rounds of financing that they need. “We think this is the value that makes us stand out compared with other investment vehicles. We aim to become a point of reference in the field” remarks Falcó.

The companies which have received funding and consulting are:


• Quality Pharma SL: a start-up founded in the Karolinska Institutet which is developing a new Clinical Decision Support System to detect adverse drug-drug effects and make it easier to manage chronic complex polymedicated patients.
• Elem Biotech SL: a spin-off from the Barcelona Supercomputing Center-National Supercomputing Center (BSC-CNS), Barcelona Tech University (UPC) and the Spanish National Research Council (CSIC) which is developing a powerful programme to carry out virtual simulations of organs and tissues.
• NeuroHeal Project: a project from the Neurosciences Institute of the Autonomous University of Barcelona (UAB) for a new treatment to regenerate nerve tissue.
• Aptamer Project: a project from the Aptamer Group of the Ramón y Cajal Health Research Institute (IRYCIS) of a new aptamer to treat triple-negative breast cancer.
• ADmit Therapeutics SL: a spin-off of the Bellvitge Biomedical Research Institute (Idibell) which is developing an early diagnostic test for Alzheimer's disease.

GENESIS Ventures is a fund made up of family offices and proprietary capital which invests in research and entrepreneurial projects in the very early stages in the field of biomedicine (therapeutics, diagnostics, medical devices, digital health...). The goal is to help entrepreneurs to reach the value needed for their research so that they can later attract the first round of investment of corporate funds or venture capital (Series A). The fund is managed by GENESIS Biomed Consulting Firm founded by Josep Lluís Falcó and located in the Barcelona Science Park. Falcó has worked in the sector for more than 20 years and has dedicated the last 7 years to consulting activities, where he has managed to raise more than €40 million for different projects. 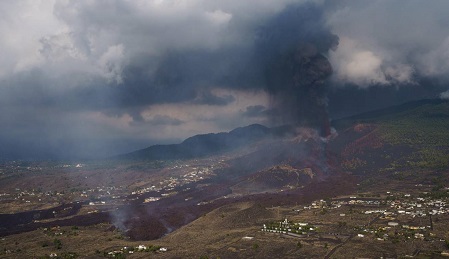