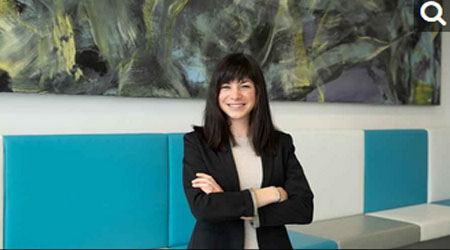 Researcher Cristina Mayor-Ruiz (Soria, 1989), who is forging a career in cancer research and is an expert on targeted protein degradation, joins IRB Barcelona to lead a new laboratory. The Targeted Protein Degradation and Drug Discovery Lab will apply the novel technique of targeted protein degradation to the molecular study of diseases such as cancer and the discovery of new therapeutic approaches.

Targeted protein degradation is based on a cell degradation process discovered by Aaron Ciechanover, Avram Hershko and Irwin Rose and awarded with the Nobel Prize in Chemistry in 2004. This technique uses different types of "degrading" drugs to bring a target protein (for example, a mutated protein that contributes to the development of a disease) closer to the cellular machinery that directs protein degradation. By forcing these two components together, target proteins are labelled for destruction by the cell proteasome.

"Currently, about 80% of all proteins in our body cannot be reached by traditional drugs," explains Cristina Mayor-Ruiz, "my lab aims to organise the discovery and generation of new degrading drugs in such a way as to cover a much wider range of proteins and thus offer more therapeutic opportunities."

To support this new line of research, and other projects already underway, IRB Barcelona has launched a drug discovery unit. The unit will be guided by a drug development plan, thereby reflecting a clear commitment to speeding up the transfer of basic research to clinical practice.

Cristina Mayor-Ruiz holds a degree in Biotechnology from the University of Salamanca. She did her PhD in Molecular Biology in Oscar Fernández-Capetillo’s laboratory, at the Spanish National Council Research Center (CNIO), where she focused on mechanisms of resistance to cancer therapies. She later joined Georg Winter's laboratory as a postdoctoral researcher at the Research Center for Molecular Medicine (CeMM) in Vienna, Austria.

"After my time at CNIO, with the same enthusiasm and wishing to have a more direct impact on cancer treatment, I decided to do a postdoc in chemical biology. I was fascinated by the potential of targeted protein degradation as a drug discovery strategy and I joined the group of one of the leading experts in the field," says Mayor-Ruiz.

Her work has led to 8 scientific articles, 5 of them as first author, including articles in journals such as Nature Chemical Biology and Molecular Cell.

On Friday 6 November Cristina Mayor-Ruiz has received the I FERO-ASEICA Grant, in the context of the XVII ASEICA International Congress. This grant provides €80,000 for the cancer research project to be developed at IRB Barcelona. 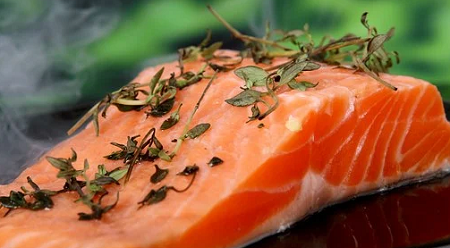