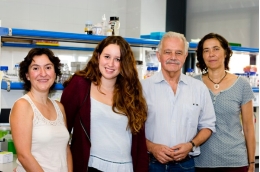 The whole-exome sequencing of a patient, published in the journal Scientific Reports, favoured the diagnoses of FOXP1 syndrome, a rare disease, which shows autist features and language delay. Only twenty people have been diagnosed with this genetic disease at a global scale, thus every new case helps describing the disease better. Having a solid molecular diagnose is essential to open the doors towards a better treatment and clinical examination of the patient, as well as providing a prenatal diagnosis to parents and help families sharing experiences and information.

The team in charge of the study was led by Daniel Grinberg and Susana Balcells, researchers from the Human Molecular Genetics group of the Faculty of Biology of the University of Barcelona, the Rare Diseases Networking Biomedical Research Centre (CIBERER) and the Research Institute Sant Joan de Déu. The first author of the article is Roser Urreizti, member of the mentioned research group, who is also member of the Institute of Biomedicine of Barcelona (IBUB).

Researchers analyses the exome (coding genes) of an Italian patient, aged thirty, who presented a tentative diagnosis of Opitz C syndrome, another rare disease that causes severe disabilities in patients. So far, neither the gen nor the mutation that caused the pathology were found.

With the exome sequencing, researchers found a de novo mutation –present in the affected person but not in his progenitors- in the FOXP1 gene. This patient shares many features with the other patients with FOXP1 syndrome, but like in all pathologies, each person is a different case. The patients with this rare syndrome, identified in 2010, share autistic features in behaviour and language difficulties.

“We are glad for having provided an answer to this family, who was waiting for a clear idea of what their son was going through. Having a solid molecular diagnoses allows families to connect and share experiences and information through social networks like Facebook or specialized sites such as RareConnect or Diseasemaps, which has a big value for them”, highlight researchers Roser Urreizti, Daniel Grinberg and Susana Balcells.

This study is part of a project to find the gen that causes the disease in kids initially diagnosed with Opitz C, and which has identified the cause of the pathology in ten out of the eleven studied families. The project has been funded thanks to a micromecenage campaign in the Precipita platform, the program “300 exomes to elucidate rare diseases” from the National Centre for Genomic Analysis (CNAG), and the funds of the solidarity card of CatalunyaCaixa with the support of Associació Síndrome Opitz C.

Image: From left to right, the experts Roser Urreizti, Laura Castilla-Vallmanya, Daniel Grinberg and Susana Balcells, researchers from the Human Molecular Genetics group of the UB, the CIBERER and the Research Institute Sant Joan de Déu. 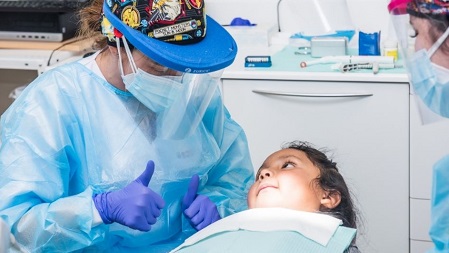