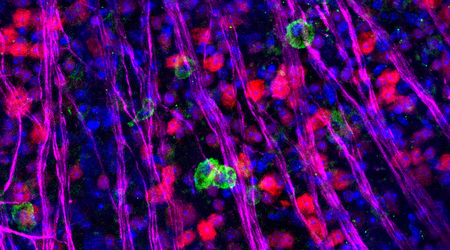 Dying retinal cells send out a rescue signal to recruit stem cells and repair eye damage, according to the findings of a new study published today in the journal Molecular Therapy. The findings open the door to restoring eyesight by modifying stem cells to follow the signal and transplanting them into the eye.

Martina Pesaresi, PhD, together with a group led by Pia Cosma at the Centre for Genomic Regulation (CRG) identified two cell signals – known as Ccr5 and Cxcr6 – using different models of retinal degeneration in humans and mice.

They then genetically engineered the stem cells with an overabundance of Ccr5 and Cxcr6 cell receptors. When these modified stem cells were transplanted back into the models, they displayed a significantly higher rate of migration to degenerating retinal tissue, rescuing them from death and preserving their function.

“One of the main hurdles in using stem cells to treat damaged eyesight is low cell migration and integration in the retina,” says Pia Cosma, ICREA Research Professor and Group Leader at the CRG and senior author of the study. “After the cells are transplanted they need to reach the retina and integrate through its layers. Here we have found a way to enhance this process using stem cells commonly found in the bone marrow, but in principle can be used with any transplanted cells.”

Retinal damage, which is currently incurable, inevitably leads to visual disabilities and in most cases blindness. With a growing and ageing population, the number of people affected by retinal damage is estimated to increase dramatically over the next few decades.

Stem cell therapies have been touted as one way of treating degenerative retinal conditions. Stem cells can be transplanted into the eye, releasing therapeutic molecules with neuroprotective and anti-inflammatory properties that promote the survival, proliferation and self-repair of retinal cells. The stem cells can also generate new retinal cells, replacing lost or damaged ones.

The researchers used mesenchymal stem cells, which are found in bone marrow and can differentiate into lots of types of cells, including retinal cells that respond to light. Mesenchymal stem cells can also be easily grown outside an organism, providing abundant starting material for transplantation compared to other cell sources such as hematopoietic stem cells.

In this study the mesenchymal stem cells were modified using lentiviruses, but the authors believe that using other methods such as the adeno-associated virus vector (AAV) can express the chemokine receptors in the transplanted cells.

“AAV is really gaining popularity as the ideal therapeutic vector, and Europe and the USA have already given regulatory approval for the commercial use of AAV-based therapies in patients. There is still considerable work to be done, but our findings could make stem cell transplants a feasible and realistic option for treating visual impairment and restoring eyesight,” concludes Pia Cosma.

The study was funded by Velux Stiftung, La Caixa Health, the Spanish Ministry of Science and Innovation and the Government of Catalonia. 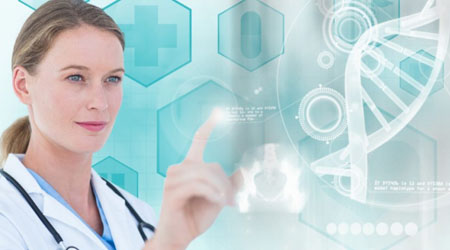 Current Barriers to the Implementation a...

Projects working towards the development of digital and MedTech soluti...