The brain’s immune system, a weak link against a fungus that has a 100% fatality rate 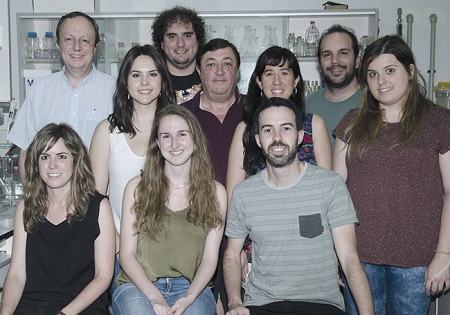 The UPV/EHU’s Fungal and Bacterial Biomics research group has discovered a new, hitherto unknown infection mechanism in the fungus Lomentospora prolificans (L. prolificans). This microorganism is multi-resistant to currently used antifungal drugs, antibiotics developed to combat fungi, and in patients with compromised immune systems the fatality rate ranges between 50% (when it attacks organs such as the lungs) and 100% (when it attacks the nervous system).

“The mechanisms used by this microorganism to infect human beings need to be deciphered rapidly, and so does their relationship with the immune system if infections of this type are to be combated more efficiently,” pointed out Aize Pellón, a member of the UPV/EHU’s Fungal and Bacterial Biomics research group, and currently a CIC bioGUNE researcher.

In this innovative study, Microglial immune response is impaired against the neurotropic fungus Lomentospora prolificans, published by the journal Cellular Microbiology, the members of the UPV/EHU’s research group have discovered that the cells in the brain’s immune system “have a poor response” when faced with this fungus.

“Macrophages are the cells in the immune system responsible for removing microorganisms and tissue-based waste products by ingesting and eliminating them. These cells reside in each tissue type, but in all of them they have unique features that distinguish them one from the other. In other words, the macrophages of the brain or microglials are not the same as those of the intestine or lung. We believe that these differences are what lies behind the inefficiency of the microglia and account for the fact that the fungus finds it easy to infect the brain, which leads to a fatality rate of 100% in the patients that are infected. However, L. prolificans must also have something special in its biology that allows this, since the comparison we draw in the article with other similar microbes shows us that this fungus is particularly reluctant to being absorbed”, explained Aize Pellón.

“This is a filamentous fungus belonging to the group commonly known as moulds, some of which can be seen growing on rotting food (fruit, bread, etc.). And they are distinct from single-celled yeasts, such as Candida albicans or Saccharomyces cerevisiae, which are significant in clinical practice and in the food industry, respectively. The fungus L. prolificans is also common in city soils and on industrial estates. Despite coming into contact with it, healthy individuals do not usually fall ill thanks to their immune systems,” pointed out Pellón.

However, it may cause very serious infections in patients with an underlying disease such as cystic fibrosis or with a compromised immune system, as in the case of patients undergoing chemotherapy to treat some kind of cancer, patients who have undergone an organ transplant, or who are suffering Acquired Immune Deficiency Syndrome (AIDS) due to HIV.

“In our research group we tried to focus on the study of microorganism pathobiology, resistance to antifungal compounds and the development of diagnostic methods from points of view different from those routinely used. This enables us to produce new basic knowledge on how all these processes function and which will allow therapeutic and diagnostic methods to be improved in the future,” said Pellón.

In this respect, the UPV/EHU’s research group is proposing new targets or mechanisms that may be suited to the aims of therapy. “We are collaborating with other researchers at Vall d’Hebron University Hospital (Barcelona) and at the Centre Hospitalier Universitaire d'Angers (France) which enables us to analyse clinical samples from affected patients. Yet this needs to be qualified because applying this knowledge to an actual therapy could take several more years,” said Pellón.

The research led by the lecturers Fernando L. Hernando, Aitor Rementeria and Andoni Ramirez-Garcia also has the participation of the researchers Idoia Buldain, Xabier Guruceaga, and Aitziber Antoran, in addition to Aize Pellón, whose PhD thesis has given rise to a total of four scientific articles relating to the mechanisms being investigated in the behaviour of the microorganism L. prolificans. Researchers from the Achucarro Basque Center for Neuroscience and from CIC bioGUNE also participated in this study.

Aize Pellón stresses the importance of collaborating with other groups in the Basque Network for Science, Technology and Innovation. “Our group was involved in this contact. After formulating the hypothesis of the study and starting to conduct preliminary experiments, we saw the need to include cell models for study purposes, and we knew this work was being conducted in these centres. So we got in touch with the lead researchers who decided to collaborate in this project after they had met with us and after we had explained our research,“ he pointed out. 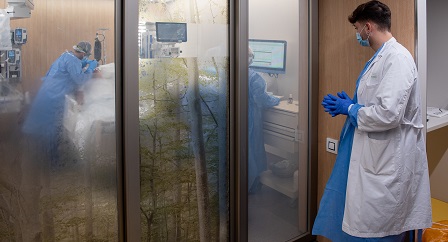 by Fundació Clínic per a la Recerca Biomèdica