The drug SAR405, the best inhibitor of autophagy 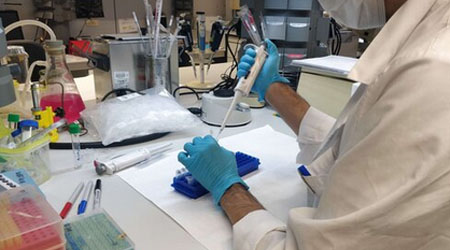 The drug SAR405 would be the best inhibitor of autophagy, a mechanism of degradation and recycling of cellular components involved in survival and cell death phenomena. This is the conclusion of a study led by the University of Lleida (UdL) which has just been published in the journal Frontiers in Pharmacology. The results question the conclusions of many studies carried out over the last 40 years with another drug, 3-methyladenine, after proving that it is more toxic and increases DNA damage. Altered levels of autophagy are associated with multiple pathological states, such as neurological diseases and cancer.

Inhibitors are often used in basic research to elucidate the role of autophagy in a given biological model. The pharmaceutical company has also invested heavily in transferring these experimental drugs to clinical use based on the concept that they could be used as a sensitising strategy for conventional anti-tumour treatments.

The researchers of the Pharmacology of Cellular Stress group at the UdL and IRBLleida, attached to the Pharmacology Unit of the Department of Experimental Medicine, and the Universitat Autònoma de Barcelona have performed a comparative study of the effects of 7 inhibitors of autophagy under standard conditions of cell culture growth, which forms part of the thesis of Javier Chicote, a doctoral student at the UdL.

They have thus proved that drugs such as SAR405, MHY1485 and Spautin-1 show great inhibitory efficacy without cytotoxic effects. In contrast, others such as chloroquine - the only one approved by the drug agencies for clinical use - bafilomycin A1, SBI-0206965 or 3-methyladenine show cell toxicity and genomic damage. This deterioration of DNA can, for example, cause tumour cells to accumulate genomic mutations, potentially worsening their malignant behaviour. 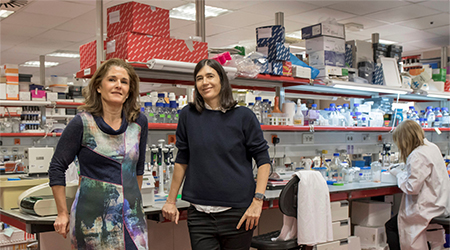