The HEATSENS nanobiosensing technology, owned by NANOIMMUNOTECH, recognized as one of the worldwide most innovative ideas by the European Commission 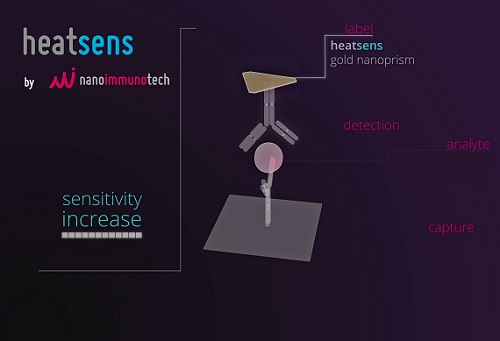 Thanks to its HEATSENS_S nanobiosensor, NANOIMMUNOTECH is one of the 293 European companies, among 2,617 who applied, selected by the European Commission to be granted with the SME Instrument Phase 1 (within the HORIZON 2020 Program), with the third best mark within the topic BIOTEC-5. NANOIMMUNOTECH will receive financial support from the European Union to launch biosensors based on HEATSENS technology to the European and worldwide markets.

NANOIMMUNOTECH, as a leading company in nanobiotechnology, has applied its wide know-how to the field of nanobiosensing and especially the agro-food sector, introducing HEATSENS in the poultry industry for the design of portable and easy-to-use biosensors.

HEATSENS is based on a revolutionary nanobiosensing technology owned by the company, whose main characteristics (high sensitivity, rapid detection and simplicity) are the ideal response to a clear need in this sector to test for Salmonella.

Salmonella is the second most commonly reported gastrointestinal infection, requiring hospitalisation in many cases, and it can be fatal. One of the most common ways of contracting it is by eating contaminated chicken meat; thus meat companies are required to carry out periodic tests, for which they send samples to specialist laboratories that have a response time of up to 7 days for the analyses. Unfortunately, in case of a positive control, obtaining the results within 7 days makes impossible to remedy the problem and so, it may mean financial losses.

Being aware of such limitations that are facing the firms of the meat sector, NANOIMMUNOTECH has developed its HEATSENS_S biosensor that has demonstrated to more sensitively detect Salmonella in few hours, making a big difference with traditional methods requiring a time analysis of about one week. Its transfer to a portable and easy-to-use device, allows in house analysis along the production chain, giving to companies a greater control over product quality and avoiding losses associated with contamination not detected in time, all at a lower cost than current tests currently available con the market.

SME Instrument, a prestigious recognition from the European Commission that NANOIMMUNOTECH has been granted with, is the optimal catalyst for the growth of the company and its expansion worldwide; and HEATSENS_S, the flagship product, to make their efforts profitable in nanobiosensing. 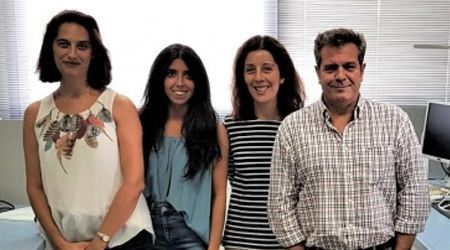