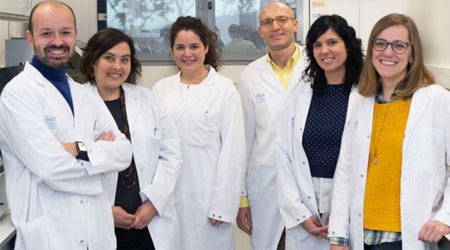 Early identification of the molecular characteristics of tumors in cancer patients is gaining increasing relevance in the development of anti-cancer therapies. Early molecular profiling influences the design of clinical trials with new drugs, especially in the earlier stages of the study. In this sense, the Vall d’Hebron Institute of Oncology (VHIO) is a reference entity, as shown by the development of DIAMAV, one of the most innovative advanced molecular diagnosis programs, developed with the support of “la Caixa” Foundation and Fero Foundation.

In a recent article published in JCO Precision Oncology, VHIO researchers explain how they transformed their molecular screening program into a dynamic model for the co-development of new technologies and drugs. The most renowned clinical researchers at VHIO have participated in this article, which lead author is Dr. Rodrigo Dienstmann, under the supervision of Dr. Ana Vivancos.

“Our molecular screening program is yielding promising results that place VHIO at the level of other international centers of excellence that are developing similar programs. This is of great relevance and should be appreciated and considered, as it shows that Spain is at the vanguard of research on cancer” explains Dr. Susana Aguilar, coordinator of the DIAMAV program.

A decade of advances in precision oncologyIn the last decade, precision oncology has progressed and changed our understanding of the disease. Traditionally, cancer was treated based on the tissue where the tumor originated. However, advances in genetic sequencing have opened the door to new approaches. The molecular characteristics of the tumor are gaining relevance over the organ where the tumor originated.

“The use of targeted agents against specific molecular targets in phase 1 clinical trials and routine use of next-generation genetic sequencing techniques for the identification of actionable alterations were a breakthrough in the development of biomarker-based drugs”, says Dr. Dienstmann. These advances raised great expectations and were a step forward in the development of new drugs, explains Dr. Ana Vivancos. “Selecting patients based on the molecular characteristics of their tumors started to be important. The approval of agnostic therapies, which are therapies based on molecular characteristics rather than on tissue, is another recent hallmark. Our task is to continuously adapt molecular diagnosis techniques to offer cutting-edge personalized therapies”.

Similarly, the development of immunotherapy changed standard therapies for numerous types of tumors, which changed the drug development paradigm. “This change has resulted in the development of an unprecedented number of new agents in clinical trials. Research is being conducted on anti-PD1/L1 inhibitors and multiple combinations”, says Dr. Elena Garralda, who adds that a very wide patient selection approach was initially adopted to identify the patients who could benefit from these new strategies. “More recently, proteomic and genomic biomarkers have favored a more precise matching of patients to immunotherapy clinical trials”, states Dr. Paolo Nuciforo.

A model that adapts to needsNew phase 1 clinical trials are focused on specific agents targeted against rare molecular alterations, immunotherapy combinations, antibodies conjugated with drugs, and epigenetic agents. “This led us to design a molecular prescreening program that is continuously adapted to the needs of our initial portfolio of clinical trials”, says Dr. Elena Garralda, who explains that apart from clinical trials for the development of new drugs, other trials are conducted based on next-generation genetic sequencing for the precise detection of actionable rare alterations.

The Research Unit for Molecular Therapy of Cancer (UITM) – “la Caixa”, directed by Dr. Elena Garralda plays a major role in early drug development. The molecular selection programs helps oncologists identify the patients who will benefit the most from the ongoing clinical trials undertaken in the UITM – “la Caixa”. These trials are focused on the development of new drugs based on the molecular profile of the tumor and the optimization of treatment regimes based on combinations of new drugs with standard drugs. Almost 600 oncologic patients take part every year in the trials developed by the UITM- “La Caixa”.

In the article published, VHIO researchers anticipate that studies for the development of anti-cancer drugs will involve from genomic sequencing to guide targeted therapies to the combination of biomarkers and diagnostic technologies for immuno-oncology agents, which will generate an extremely complex scenario.

“Medical oncologists are keen to unlock the potential of these advances. Reference entities such as VHIO should create patient reference networks to facilitate access to cutting-edge experimental therapies”, adds Dr. Dienstmann, who assures that international collaboration between the main oncologic research centers is necessary to improve clinical decision-making, especially in rare tumors and genomic variants.

Dr. Ana Vivancos is head of the VHIO’sCancer Genomics Group.

Dr. Susana Aguilar is a coordinator of the molecular preselection program DIAMAV. 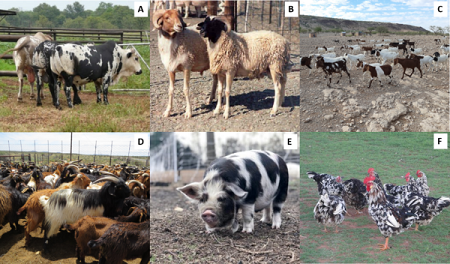 All domestic animals such as cattle, goats, horses, sheep, dogs and ch...