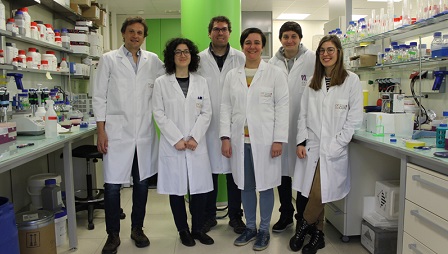 Researchers at CIC bioGUNE - a member of the Basque Research & Technology Alliance, BRTA - have deciphered the molecular mechanism of high-mannose-type recognition and specificity for EndoBT-3987, a key enzyme of Bacteroides thetaiotaomicron, one of the most common bacteria found in human gut flora.

The research, published in the journal Nature Communications, will contribute to the development and design of enzymes of biotechnological interest. The work is part of a solid and sustained collaboration over the last three years between research groups from CIC bioGUNE and the Universities of Emory and Maryland (USA).

The composition and physiology of human gut microbiota plays a pivotal role in regulating the metabolism of nutrients, inducing the immune response and protecting against pathogen colonisation.

One major factor that influences the balance of bacterial species in the gut is the influx of carbohydrates, mostly from diet as well as host mucosal secretions. The processing of polysaccharides, carbohydrate structures present in the human gut, requires a wide variety of enzymes capable of breaking them down into their primary components so that they can be absorbed and used as a source of energy. Human gut enzymes are capable of breaking down, or degrading, a small set of polysaccharides, However, the remaining polysaccharides are processed by the enzymatic machinery provided by gut symbiotic microorganisms.

Bacteroides thetaiotaomicron, one of the most common bacteria in the human gut microbiota, has a series of highly specialised enzymatic systems which enable it to orchestrate the degradation of a specific polysaccharide. The EndoBT-3987 enzyme initiates the degradation of protein-bound polysaccharides (N-glycans). However, this enzyme, which recognizes and processes high-mannose N-glycans, is not capable of acting on other types of polysaccharides. The existence of these highly specialised enzymes, capable of processing polysaccharides which are not abundant in the diet, offers an adaptive advantage to the bacteria, enabling them to grow more efficiently than their competitors.

Marcelo Guerin, Ikerbasque Research Professor and Head of the Structural Glycobiology Laboratory at CIC bioGUNE, explains: “The recognition mechanism by which this enzyme specifically processes high-mannose N-glycans, but is not capable of processing other types of polysaccharides, was unknown. In the paper we have published in Nature Communications, we provide different structural snapshots of EndoBT-3987, including the unliganded form, throughout its catalytic cycle, and the complex with the substrate and product of the reaction. In combination with experiments of site-directed mutagenesis and enzyme activity measurements, we have determined the molecular mechanism of high-mannose-type recognition and specificity for EndoBT-3987 at atomic level”.

This previously unknown mechanism of substrate recognition is shared by other members of a major group of enzymes, the GH18 family, which includes EndoH, a commercial enzyme that has been used extensively for glycan analysis for the past 50 years.

About CIC bioGUNE
The Centre for Cooperative Research in Biosciences (CIC bioGUNE), located in the Bizkaia Technology Park, is a biomedical research organisation conducting cutting-edge research at the interface between structural, molecular and cell biology, with a particular focus on generating knowledge on the molecular bases of disease, for use in the development of new diagnostic methods and advanced therapies. CIC bioGUNE has been accredited as a “Severo Ochoa Centre of Excellence”, the highest level of recognition for centres of excellence in Spain.

With the support of the Basque Government, the SPRI Group and the Provincial Councils of the three territories, the alliance seeks to promote collaboration among its centers; to strengthen the conditions to generate and transfer knowledge to companies, contributing to their competitiveness; and to spread Basque scientific and technological capacity.

The BRTA has a staff of 3,500 professionals, executes 22% of Euskadi's R&D investment, generates an annual turnover of more than 300 million euros and files 100 European and international patents per year. 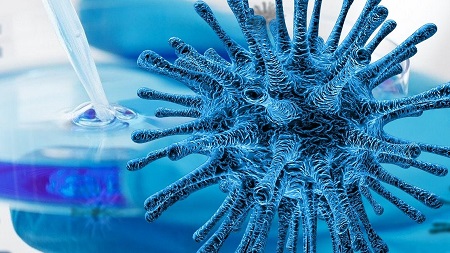