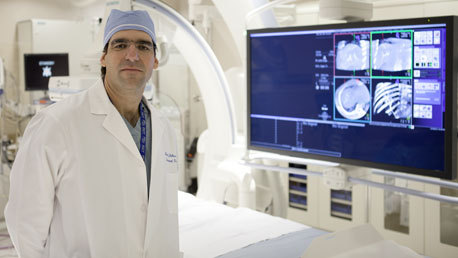 Dr. Michael J. Wallace is considered to be an innovative interventional radiologist. He believes that using the latest imaging techniques at the University of Texas MD Anderson Cancer Center positively impacts the survival rate for certain types of liver cancer patients.

For Dr. Michael J. Wallace, 47, his work as the Chairman ad-interim Department of Interventional Radiology at the University of Texas MD Anderson Cancer Center in Houston is more than just a job. Not simply because he is a respected interventional radiologist specializing in liver cancer treatment at a world-renowned cancer center and has published more than a hundred articles in peer-reviewed journals. Nor is it because the task he has set himself is constantly growing: Liver cancer is one of the deadliest forms of cancer. If left untreated, it can often lead to death in just a few months, and its frequency has almost quadrupled in Europe, for example, since the late 1970s.

A Legacy of Great Value
This job is, as he says, extremely special to him because his father, Dr. Sidney Wallace, Professor Emeritus at the University of Texas MD Anderson Cancer Center, was one of the founders of interventional radiology and built the program at MD Anderson Center in Houston from 1966 to the mid-1990s. Dr. Sidney Wallace died of cancer in May 2013 at the age of 84. “It is therefore not just a special place, but also a special ‘specialty’ for me,” explains Wallace.

Improving Survival Rates for Liver Cancer Patients
One of the main components in his research focuses on technological improvements of the equipment that he uses as an interventional radiologist; Wallace therefore works very closely with imaging equipment from manufacturers such as Siemens. A significant contribution of such collaboration was the early adoption of C-arm cone beam 3D imaging in the angiography suite to improve targeting of tumors in the liver. Wallace was able to show that treating tumors with this technology (syngo® DynaCT) can contribute to an improvement to the life expectancy of his liver cancer patients on average by approximately 10 months or more depending on the extent and characteristics of the tumor.

“Reducing the Amount Collateral Damage”
The greatly improved image quality provided by the angiography equipment allows interventional radiologists such as Wallace to see tumors and their associated blood supply better, thus facilitating the treatment of tumors with extreme precision. “We are more targeted because our imaging capabilities and our catheters have improved so much over the last decade,” Wallace explained to Medical Solutions. “This allows us to be more selective to the tumor, thus delivering a higher dose of the drug to the tumor and reducing the amount of collateral damage to the surrounding healthy liver tissue.”

Additional Innovations in Targeting the TumorDespite the substantial progress that has been made in the past decade alone, liver cancer continues to pose a deadly threat. “But there are definitely things that we can do to prolong survival,” assures Wallace. And not just prolong it, but also reduce patients’ suffering and maintain their quality of life through the careful use of chemotherapy.

Extended Lifetime
A close colleague and friend of Wallace – who, according to his doctors’ estimates, had less than 12 months to live because of his liver cancer with invasion into the portal vein – was able to live for another two years, thanks to an aggressive approach using transarterial chemoembolization (TACE) and other therapies. In the TACE method, particles bonded with chemotherapeutic agents are injected so precisely into the artery feeding the tumor that they restrict the blood supply while cytotoxically targeting the tumor.

One particular goal for Michael Wallace (this, too, he inherited from his father) is to teach his national and international colleagues about the techniques and technology of interventional radiology. Many procedures such as TACE require experience to gain a certain level of competence and expertise both from the imaging perspective with digital subtraction angiography and from the technical expertise of catheter navigation.

Taking Automation to a New Level

“The goal of the recent improved imaging technology of C-arm cone beam CT is to shorten the time required to master the imaging component of the procedure so that the operator can more easily identify all feeding branches of the tumor.” Ideally, he would like the processes, which still rely strongly on the skills and experience of specialists for the image analysis component of the intervention to be more automated in terms of tumor and vessel segmentation capabilities at the click of a button. This would ultimately allow the interventional radiologist to focus on the delicate task of navigating to the tumor. 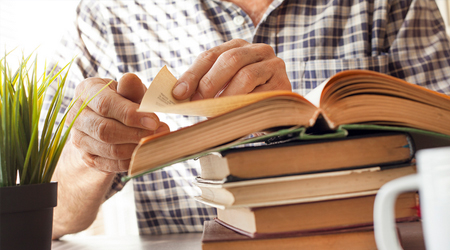