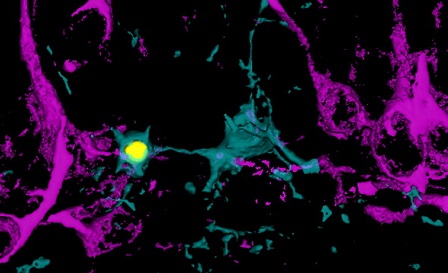 However, phagocytosis is not merely a passive removal of debris, as shown by a recent study led by Jorge Valero and Amanda Sierra, from ACHUCARRO, IKERBASQUE and and the University of the Basque Country (UPV/EHU). On the contrary, dead neuron phagocytosis is an active process that directly affects the health and the function of the surrounding neurons.

Similar to the role of vultures and other scavengers, which devour dead zebras in the African savannah, and whose depositions feed the soil triggering the growth of new plants that, in turn, feed other zebras, so do microglia close the neuron's life cycle.

To study this process, ACHUCARRO researchers focused on the production of new neurons (neurogenesis) in a brain region essential for memory and learning, the hippocampus. In the adult hippocampus, the majority of the newborn neurons undergo programmed death soon after they are born and are immediately engulfed and removed by microglia. The first cue showing that phagocytosis actively participated in neurogenesis came from Iñaki Paris, a PhD student in the group, who used genetic models of phagocytosis blockade provided by Greg Lemke at the Salk Institute in La Jolla CA and Beata Sperlagh at the Institute of Experimental Medicine in Budapest. In these mice, the phagocytosis impairment was accompanied by a neurogenesis reduction, suggesting some sort of signaling between the phagocytic microglia and the newborn neurons.

The answer to these intriguing results was found by another PhD student in the group, Irune Diaz-Aparicio. Feeding cultured microglia with apoptotic cells, she observed that far from being a passive process of debris removal, phagocytosis was in fact an extraordinarily active process that triggered a myriad of changes in microglia, from genes to metabolism. Some of these changes involved the secretome, the set of molecules released or secreted by phagocytic microglia, which contained signals that instructed newborn cells to multiply or differentiate into neurons. The secretome contained the signal between phagocytic microglia and the newborn neurons in the hippocampus and allowed closing the neuron's life cycle.

The researchers propose that microglia act as a death sensor. When microglia detect high levels of cell death, they signal back to the neuron production system that too many cells are generated and the production must stop. On the contrary, when low levels of cell death are detected, the hippocampus may incorporate more neurons and the brake imposed by the phagocytosis secretome must be released. Thus, the main conclusion of this study is that phagocytic microglia help to control the production of newborn neurons through their secretome, maintaining the equilibrium between neuronal life and death.

This study helps us understand how the brain fends for itself from the neuronal death that occurs during aging and neurodegenerative diseases such as Alzheimer´s, Parkinson´s, stroke or epilepsy. In these diseases, harnessing phagocytosis may serve as a new therapeutic strategy to accelerate debris removal and, in addition, to contribute to regenerate the damaged tissue through the phagocytic microglial secretome. 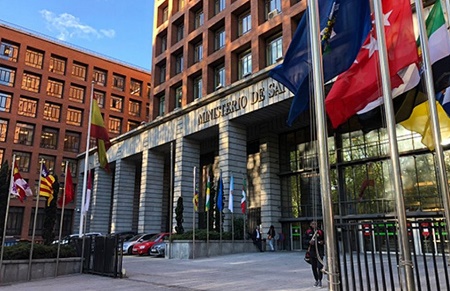