iMols, the Mind the Byte cloud platform for drug discovery, is now available free of charge

Mind the Byte –based at the Parc Científic de Barcelona and specializing in the provision of services and solutions for computational drug discovery- has opened cloud platform for use by the scientific, academic and business community. iMols is the first cloud platform specifically designed for drug discovery using the SaaS (‘Software as a Service') approach. Mols is a SaaS platform breaks the two main barriers faced by computational drug design: implementation costs - it eliminates investments in servers and software licensing- and the training of the team, as it is an easy-to-use and intuitive tool requiring very little training.

The start-up brings companies, universities and public and private research groups the possibility to access -at no cost- intensive data-processing systems and cutting-edge scientific-technical software for drug discovery. Thus, iMols opens the doors to browsing public libraries, searching for proteins and molecules, predicting and grouping activities, managing private libraries of chemical compounds and proteins; profiling and virtual screening molecules in less than five minutes, and sharing all information with the own research group, among other functions.

The tool also allows running applications from anywhere and device connected to the network, while ensuring a safe working environment by a strict limitation of services (allowing sharing information uploaded and managed into the platform by team members only), a certified infrastructure, and other security measures, such as encryption of all data transfers.

iMols is based on SaaS approach, whereby the user can access the applications hosted in the cloud–in an automated manner- according to specific needs, which allows scaling computational resources depending upon the demand of the organization, and access a certain number of computers and disk storage in minutes.

"The development of iMols has enabled us to break the two main barriers that were hindering computational drug discovery: implementation and training costs. Since it is a SaaS system it does not require the purchase or installation of servers or licenses and, in turn, is an easy to use and intuitive tool that requires very little training. Now, by providing free access to iMols to all users, we facilitate and simplify even further the access of the academic community and small innovative SMEs to cutting edge technology with the ultimate goal to reduce the time to market of new drugs" says Alfons Nonell-Canals, founder and CEO of Mind the Byte".

Currently, virtual and collaborative environments are proposed as a solution to lower the research costs of new drugs and shorten the time to market: fewer compounds are tested, with the consequent reduction of resources that this entails. In addition, the application of computational tools for biotechnological and biomedical research in the form of web services (cloud computing) and SaaS platforms -as a pay-per-use-based software solution- brings great added value to companies and research centers. This gives companies the opportunity to eliminate the initial and fixed costs of IT infrastructure, as well as investments in servers and software licenses.

"Computational drug discovery tools can save up to 30% of the time and cost of developing a new drug, and it is estimated that in 2016 it will account for 20% of total global spending on pharmaceutical R & D. Within this context, the use of cloud technologies, such as SaaS, provide a great advantage since they remove the initial technological and economic barrier by reducing IT investment by a 50-67%" Alfons Nonell-Canals explains.

For 2015, the Company has planned the launching of new products, all based on SaaS modality, aimed at computational drug discovery. 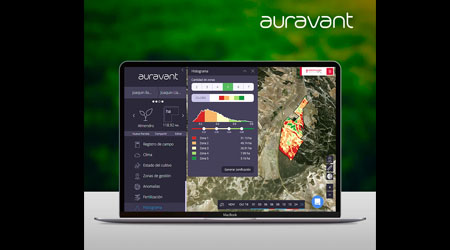