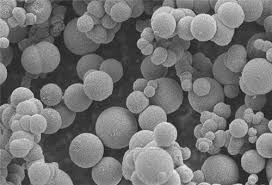 Researchers at the Cedars-Sinai Heart Institute infused antibody-studded iron nanoparticles into the bloodstream to treat heart attack damage. The combined nanoparticle enabled precise localization of the body's own stem cells to the injured heart muscle.

The study, which focused on laboratory rats, was published today in the online peer reviewed journal Nature Communications. The study addresses a central challenge in stem cell therapeutics: how to achieve targeted interactions between stem cells and injured cells.

Although stem cells can be a potent weapon in the fight against certain diseases, simply infusing a patient with stem cells is no guarantee the stem cells will be able to travel to the injured area and work collaboratively with the cells already there.

"Infusing stem cells into arteries in order to regenerate injured heart muscle can be inefficient," said Eduardo Marbán, MD, PhD, director of the Cedars-Sinai Heart Institute, who led the research team. "Because the heart is continuously pumping, the stem cells can be pushed out of the heart chamber before they even get a chance to begin to heal the injury."

In an attempt to target healing stem cells to the site of the injury, researchers coated iron nanoparticles with two kinds of antibodies, proteins that recognize and bind specifically to stem cells and to injured cells in the body. After the nanoparticles were infused into the bloodstream, they successfully tracked to the injured area and initiated healing.

"The result is a kind of molecular matchmaking," Marbán said. "Through magnetic resonance imaging, we were able to see the iron-tagged cells traveling to the site of injury where the healing could begin. Furthermore, targeting was enhanced even further by placing a magnet above the injured heart."

The Cedars-Sinai Heart Institute has been at the forefront of developing investigational stem cell treatments for heart attack patients. In 2009, Marbán and his team completed the world's first procedure in which a patient's own heart tissue was used to grow specialized heart stem cells. The specialized cells were then injected back into the patient's heart in an effort to repair and regrow healthy muscle in a heart that had been injured by a heart attack. Results, published in The Lancet in 2012, showed that one year after receiving the stem cell treatment, heart attack patients demonstrated a significant reduction in the size of the scar left on the heart muscle.

Earlier this year, Heart Institute researchers began a new study, called ALLSTAR, in which heart attack patients are being infused with allogeneic stem cells, which are derived from donor-quality hearts.

The process to grow cardiac-derived stem cells was developed by Dr. Marbán when he was on the faculty of Johns Hopkins University. Johns Hopkins has filed for a patent on that intellectual property and has licensed it to Capricor, a company in which Cedars-Sinai and Dr. Marbán have a financial interest. Capricor is providing funds for the ALLSTAR clinical trial at Cedars-Sinai.

Marbán believes the iron nanoparticle concept can be used to treat other health conditions as well, such as peripheral vascular disease and asthma. If future research is successful, Marbán said, the procedure could be ready for human clinical studies in about three years.