Plug and Play for the Future 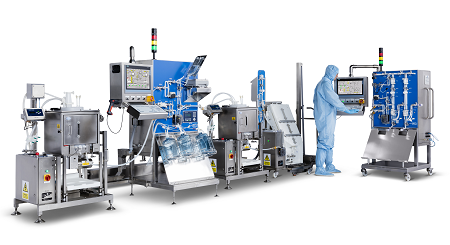 Single-use biotech process equipment is already making use of technology to automate processes and the level of complexity is increasing. As companies try to bring together a growing number of disparate process elements, integration becomes key to unlocking the full cost and efficiency gains of digitalization or Industry 4.0. For example, individual pieces of equipment generate important data related to the quality of the product they are manufacturing, but unless that data is comparable across different unit operations and accessible from different technology layers and systems, it cannot inform users about important performance insights of the process.

Traditionally, companies would opt for system integration to ensure that all of their processing equipment was able to share data and communicate with one another seamlessly, but this is time consuming and expensive, especially when you consider the level of customization and range of software platforms that pharmaceutical companies often want. For example, some companies may favor a site-wide Distributed Control System (DCS), while others may opt for a different automation architecture, perhaps one where autonomy is given to the local control system on the equipment. The second option permits the equipment supplier to leverage their expertise in exactly how best to operate the equipment. Differences in approach tend to come down to philosophy, which is often a function of size: larger companies, producing the same product in large batches might favor a more centralized system; while smaller companies may require greater flexibility, which can make integration especially difficult. Even within the same company, no two plants will have the exact same automation architecture. There are several additional automation challenges that companies face:

There is one key factor that will reduce the time and cost required to integrate automation systems: standardization. By using automation systems that adhere to standards and embrace plug-and-play concepts, different process equipment can interact with other systems quickly and without errors – or the need to integrate them from the top down. Standardization of HMI layouts with a focus on usability and operator work flows will ensure the systems are intuitive and easy to use for operators, allowing them to take the right action by providing the right information at the right time.

Crucially, by building features and abilities, for instance following an integration standard that allows equipment to be easily interfaced into your underlying automation architecture (“plug-and-play”), you set the foundations for Industry 4.0. Any automation architecture and the standards it follows must be agile to leverage the future possibilities that come with Industry 4.0. It will become possible to use deep and machine learning to monitor

the process and make autonomous decisions to optimize production in real time, to feed this information into and refine advanced process models. The next logical step in the future is to use artificial intelligence so that equipment can reason and adapt in even smarter and more human-like ways. To glean meaningful insights from ever increasing amounts of multivariate data sets being generated using process analytics, a system architecture must have the right capabilities built in at the network level to handle data and pass it through the layers. Standardization will better enable the necessary integration – both vertically and horizontally.

Future automation architectures should embrace virtualization: hosting virtual instances of software that are abstracted and independent of the actual physical hardware, rather than having separate operating systems and several applications on individual local machines. Building this functionality into our automation architectures will smooth the move of automation software to a cloud based system, or allows companies to integrate automation software from an equipment supplier onto their own IT infrastructure. This would reduce the labor and expertise required to maintain and upgrade systems – reducing downtimes. Or open up new possibilities such as software as a service or allowing seamless remote access for support.

Overall, standardization is a key enabler of fast and trouble-free integration of equipment systems. It will allow more flexibility between equipment and automation vendors, reduce time to market and improve quality by simplifying testing and validation. But how do we achieve standardization across the industry? The key is collaboration – something Pall has strongly supported. And it isn’t just Pall that has championed standardization of automation systems in biopharma processes; equipment manufacturers, technology suppliers and industry organizations (for example, among the many, the BioPhorum Operations Group, BPOG) have also advocated for industry-wide standards (see sidebar: “Easy as MPT” for an interesting example). Having been involved with standards-creation within BPOG, it really goes beyond discussing issues and making comments on drafts – a common procedure in many traditional standard-setting organizations. In one room, you will find several automation technology vendors and equipment suppliers, in many cases competitors with one another, setting their differences aside and working together with end users to define a standard that works for everyone.

In my 20 years working in this field, I have never seen collaboration quite like it. And I think this speaks to the importance of standardization and automation in enabling Industry 4.0 – for the industry as a whole.

Daniel McCarthy is a Principal Automation Engineer at Pall. He works within the Analytics and Controls strategic program supporting new product development for the life sciences.

For the last year, the Siemens team and Pall have been participating heavily in the BPOG automated facility initiative.

One of the main discussion points was how to standardize equipment and processes so that it would be easier to integrate various unit operations from different vendors into an overlying structure. We looked at a standard called VDI-2658 by Namur, the German user association of automation technology in process industries. They began an initiative to more easily integrate “modules” into an overlying architecture, which they called the “process orchestration layer.” The idea is that each “module” (which could be something as small as a motor or as large as factory) would be intelligent in its own right, but could also be interconnected to a wider network. In our use-case, the typical module would be a single-use bioreactor. It would be intelligent enough to work alone, but at the same time could also be controlled by a Distributed Control System (DCS), such as Siemens’ SIMATIC PCS 7 or Emerson’s DeltaV.

The objective is to standardize the process by which modules can be integrated into the supervisory process architecture, which includes control, visualization, alarming and reporting. This requires communicating over an open communication protocol, OPC UA, as well as defining vendor agnostic standard communication interfaces for all the objects in the system, rather than everyone designing their own proprietary systems. Thereby ensuring everything is speaking the same language. The complete interface of a module can be packaged in specially structured XML file, called the Module Type Package (MTP) file.

The integration of the module into a DCS is reduced to the automatic ingestion of this file. Within BPOG, we have advocated for the use of VDI-2658, commonly named MTP, as standard so that biopharmaceutical unit operations can simply be imported into any orchestration system, ready to run without delay. We believe that these standardized solutions will be a key enabler of industry 4.0. principles, such as Interoperability, Information Transparency and Decentralized Decision. 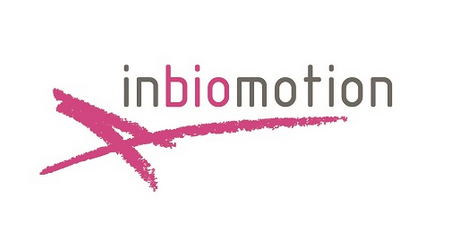