Vaccines to take on Alzheimer’s and Parkinson’s 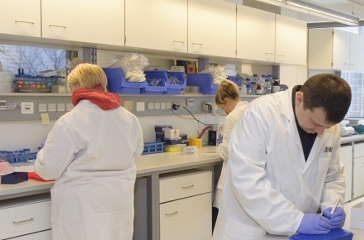 Scientists have worked out how to make our immune systems turn against proteins linked to diseases like Alzheimer’s and Parkinson’s, offering the possibility of stopping and even reversing the effects of these devastating conditions.

People in Europe are living longer than ever before and, while many of us will age gracefully, some will suffer from neurodegenerative diseases which affect our memories and motor function.

Parkinson’s and Alzheimer’s are two of the best known neurodegenerative diseases. While the symptoms may be different, there are similarities between the underlying changes to the brain seen in each disease. Both involve the build-up of proteins in the brain and the destruction of brain cells.

For Alzheimer’s disease, there is still nothing that can halt the cognitive decline that characterises the disease, and the search for new medicines has hit a series of dead ends in recent years.

Similarly, the treatments available for Parkinson’s disease can help to reduce the severity of symptoms, such as shaking, but do nothing to stop the disease from worsening.

However, as scientists have learned more about how the immune system works, there has been growing interest in so-called therapeutic vaccines, where vaccines are used to treat a disease rather than just protect us from it.

Vaccines are already widely used to prevent the spread of infectious diseases by priming the immune system to fight dangerous viruses and bacteria.

Scientists at AFFiRiS, a small biotech company of around 100 people, believe that the body’s defence system could be trained to attack the proteins that build up in people with neurodegenerative diseases. Early studies suggest that this method could change the course of the disease – perhaps even undoing some of the damage.

AFFiRiS has been at the forefront of the quest for therapeutic vaccines for chronic diseases. The company has been working with academic and industry partners across Europe as part of a number of EU-funded projects to bring new products through clinical trials – work which has given rise to cautious optimism.

‘Therapeutic vaccination teaches your own immune system to fight against disease. This is for people who already have the condition, but the earlier you start immunotherapy the better,’ said Dr Markus Mandler, head of the Neurodegeneration Department at AFFiRiS.

‘It’s the same process as with other vaccines. You create a vaccine – a protein – and inject it into the body. Then the body will react and produce antibodies specifically directed against those proteins,’ Dr Mandler explained.

‘Therapeutic vaccination teaches your own immune system to fight against disease.’

Dr Markus Mandler, head of the Neurodegeneration Department at AFFiRiS

If the body can reduce the damaging effects of proteins called beta-amyloid peptides, which are associated with Alzheimer’s disease, this could radically change the prognosis for people diagnosed with the condition.

Dr Arne von Bonin, who leads the company’s pre-clinical R&D teams, said that while therapeutic vaccines may sound different to typical vaccines, the approach is very similar. ‘It’s just like the way you tackle influenza. You have a carrier protein to induce a T-cell (immune) response, and bound to that is a modified version of the peptides. Plus there are adjuvants to boost the immune system. In the end, it’s a very typical vaccine.’

This work was greatly advanced during the EU-funded MIMOVAX project, which was led by AFFiRiS. ‘We got the vaccine through the first phase of clinical trials and found it to be safe and well tolerated,’ Dr Mandler said.

The next stage would be to take the vaccine, known as AD03, into the second phase of testing, where it is checked on a small number of people with the diseases, and then conduct a large-scale trial to see how a broad range of patients respond to it. The company said the trials will take up to five years, and then the vaccines will need to be approved by regulators, meaning they are unlikely to be available to patients any time soon.

Therapeutic vaccination holds promise too for Parkinson’s disease. The SYMPATH consortium, also led by AFFiRiS, is looking at ways of reducing the build-up of alpha-synuclein proteins in the brain cells responsible for movement.

Their work on Parkinson’s disease could also be useful for multiple system atrophy (MSA) – a fatal neurodengerative disease for which there is no cure. As part of this project, two vaccine candidates are to be tested in an early stage trial in patients suffering from Parkinson’s or MSA. However, it is early days, and success in much larger clinical trials would be required before the vaccine could become available in clinics.

While these vaccine and testing technologies for Alzheimer’s and Parkinson’s are still a long way from the pharmacist’s counter, if they live up to their promise they could radically improve the lives of Europe’s ageing populations.

Alzheimer’s and Parkinson’s diseases are a major target of EU research funding. The second round of the Innovative Medicines Initiative, a 10-year EUR 3.3 billion collaboration between the EU and drug companies which was launched last year, aims to produce two new medicines, either antibiotics or treatments for Alzheimer’s. The quest to understand how the brain ages is also central to the EU Joint Programme on Neurodegenerative Diseases – a broad pan-European initiative dedicated to tackling diseases of the brain. 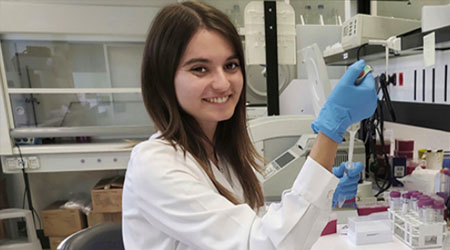