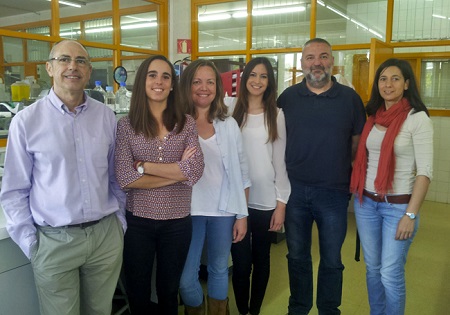 A piece of research by the UPV/EHU and Mental Health CIBER (CIBERSAM) has identified, for the first time, the mechanisms on a molecular scale involved in the increase in the risk of developing schizophrenia that may occur after consuming cannabis. Specifically, the team of researchers has discovered the alterations that take place in the neurons of the cerebral cortex of mice treated chronically with THC, the main psychoactive compound in cannabis. This research is opening up channels to generate prevention strategies as well as to design drugs and therapies to improve the lives of people with schizophrenia. The study has been published in the journal Neuropsychopharmacology (www.nature.com/npp).

The research was led by Leyre Urigüen, and the UPV/EHU researchers and CIBERSAM affiliates Inés Ibarra-Lecue, Irene Mollinedo, Luis F. Callado, Javier Meana and Rebeca Diez-Alarcia participated in it. It analysed the brains of mice to whom THC had begun to be administered chronically during “adolescence, a critical period in brain development which in people corresponds to adolescence”. In the study of the cerebral cortex of these mice the researchers spotted alterations in the serotonin 2A receptor, which is primarily responsible for producing hallucinations that are a feature of psychosis and schizophrenia. Specifically, the research team found that the functionality of this pro-hallucinogenic receptor increases after chronic treatment with cannabis. They also described the means by which this hyperfunctionality takes place.

“The description of this hyperactivity of the serotonin 2A receptor, detected for the first time on a molecular level in the brain, is the first step towards exploring other fields,” said Dr Urigüen. At the same time, the researcher maintained that “the final aim is to identify the existence of similar molecular changes in people who consume cannabis to be able to associate them with the risk of developing psychosis or schizophrenia, and also to produce new drugs to alleviate the symptoms of patients with schizophrenia”.

To conduct this study, the researchers used animal behaviour techniques before going on to quantify the proteins and receptors. The former showed that the mice that had been treated with cannabis during their “adolescence” displayed a greater tendency to develop psychotic behaviour with respect to the control animals. In the next step, the research team marked and studied the serotonin 2A receptor and identified the signalling pathway through which an increase in the risk of suffering psychotic behaviour could occur.

The research team belongs to the UPV/EHU’s Neuropsicopharmacology group attached to the Department of Pharmacology and included in CIBERSAM, currently led by Javier Meana. Its lines of research aim to conduct studies of a co-operative nature with a translational vision, by developing closer links between clinical and basic research.

The Network Centre for Biomedical Research (CIBER) is a consortium that reports to the Carlos III Institute for Health (Ministry of the Economy and Competitiveness) and is co-funded through ERDF funding. CIBER in its Subject Area of Mental Health (CIBERSAM) is made up of 25 clinical, pre-clinical and translational research groups. It is essentially geared towards the study of mental disorders, such as depression, schizophrenia, bipolar disorder as well as anxiety disorders and mental disorders in childhood and adolescence, and therapeutic innovation. 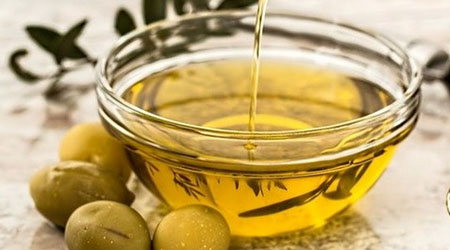