Eurofins Ingenasa participates in the VACDIVA Project, which aims to develop an effective vaccine against African Swine Fever (ASFV) 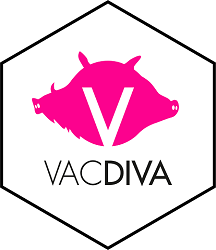 The VACDIVA project has been financed with 10 million euros by the European Union (EU) in the call “H2020-SFS-2019-1, topic: A vaccine against African Swine Fever”. The research works involve two international reference laboratories for ASF. Two international ASF reference laboratories, both of them Spanish, will participate in the development of this project: the Centre for Veterinary Health Surveillance (VISAVET) of the University Complutense and the Animal Health Research Centre (CISA-INIA) of the National Institute for Agricultural and Food Research and Technology.

The Rector of the UCM, Joaquín Goyache Goñi, has welcomed the VACDIVA project and the researchers composing the consortium, as well as the European Union representatives at the Kick off Meeting.

The Kick off Meeting will be attended by the Advisory Committee, consisting of the University of Lisbon, the Medicines Agency, STAR-IDAZ IRC/OIE,FAO, the Cornell University, the University of Iowa, and the European Association of Pig Producers and the International Council for Hunting and Wildlife Conservation (CIC).

The purpose of the event is to launch the project, as well as to encourage communication between the different participants and share the progress made to date and future plans. This meeting will address key points such as the current situation of ASF and the different vaccine prototypes that will be carried out in VACDIVA, the planning of the experiments and trials contemplated in the project or the aspects related to the coordination, management, and communication, among other points.

Tomorrow, the experts will meet again at the VISAVET Center to continue the meeting with a session that will include the discussion of the different work packages and a general assembly at the end of the day.