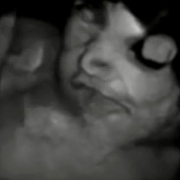 With only sixteen weeks, fetus can hear music and respond with vocalization movements (opening their jaw and sticking out their tongue ) which are prior steps to language adquisition. This is the main conclusion of a study developed by researchers Alberto Prats, professor of Human Anatomy and Embryology at the Faculty of Medicine of the University of Barcelona, and Marisa López Teijón and Álex García Faura, experts from the Institut Marquès, the centre where the experiment was carried out.

In the study, researches used three different types of fetal stimulation: abdominal music, vaginal music and vibrations emitted intravaginally with no accompanying music. Results were compared by means of ultrasound scans which showed that, with vaginal music, 87% of fetus moved their mouth or tongue and around 50% showed signs of facial expression. On the contrary, in the case of abdominal music and vibrations, no changes were observed in fetal facial expression. The study, published in the scientific journal Ultrasound, was carried out with more than one hundred pregnant women between the 14th and 39th week of pregnancy.

Alberto Prats, director of the Surgical Neuroanatomy Lab at the Faculty of Medicine, emphasizes that "the study points out that music elicits a response which manifests as vocalisation movements, as music stimulates brain circuits responsible for language and communication".

According to this hypothesis, once the inner ear is fully formed, an auditory stimulus with rhythm and melody received through the cochlea would activate the most primary centres of the brain stem in the area that controls social behaviour; this stimulation elicits vocalisation.

We known that babies begin to spontaneously vocalise in response to sounds they hear as they begin to explore their vocal register: this is the phase prior to speaking. Dissonant noises and sounds do not activate these neurons; speaking or singing to a child stimulates vocal development, while noises do not. 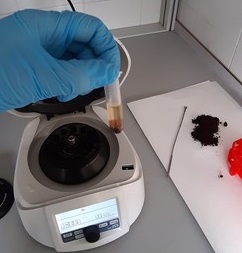