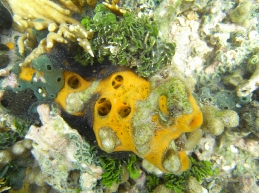 The marine sponge Mycale acerata, common in Antarctic waters, can produce yolk of entirely lipid nature which could favour quick larval development and increase species’ survival possibilities in the cold waters of the Southern Ocean. This is the conclusion of a scientific article, recently published in the journal PLOS ONE, signed by experts Ana Riesgo, Sergio Taboada, Laura Sánchez-Vila, Joan Solà and Conxita Àvila, from the Department of Animal Biology and the Biodiversity Research Institute (IRBio) of the UB.

Yolk is the energetic reserve of embryos and larvae in all animals, including marine invertebrates. In most cases, yolk platelets are heterogeneous containing both proteins and lipids, in different proportions. However, the study reveals that M. acerata can produce yolk of exclusively lipid nature, an extraordinary survival strategy that may also be present in other sponges of the Southern Ocean.

Does yolk composition vary according to sponge habitat?

Researcher Ana Riesgo, first author of the study, explains that “every marine sponge larva is lecithotrophic, that is, they depend entirely on their yolk reserves until they settle”. Nevertheless, so far there are no comparative studies on the nature and content of yolk in congeneric species of sponges inhabiting contrasting environments, even knowing that sponges are organisms of great ecological value in marine ecosystems. “This is the first study —adds the author— that analyses embryogenesis and yolk formation in two marine sponge species inhabiting contrasting latitudinal areas: M. acerata from Antarctic waters and M. laevis from the Caribbean”.

The aim: to survive the austral winter

Lipid yolk may explain to a certain extent the evolutionary success of the species in Antarctic cold waters. “Lipid yolk provides much more energy than protein yolk, the metabolic rate at which reserves are consumed during development is higher and the rate of larval growth is higher too”, argues Riesgo. In early juvenile stages, when the larva has just been settled and it is more vulnerable, this type of yolk allows reaching a size quickly that helps them to survive predators and develop an aquiferous system to filter water and capture food. “In view of a short Antarctic summer —points out the expert—, this strategy favours species adaptation to environmental conditions in order to profit resources in a better way and cope with the Austral winter”.

According to researcher Sergio Taboada, “the marine ecosystem in Deception Island is very special; everything indicates that species inhabiting shallow waters are more exposed to global warming”. However, “those inhabiting deep waters, where temperatures are more stable, are more affected as a result of iceberg scouring”.

Far from Antarctic coasts, the sponge Mycale laevis inhabits tropical coral reefs and produces a heterogeneous yolk with a mixture of proteins, lipids, and glycogen. In this species, lipid yolk is only the 30% of the total nutrient reserves of the embryos and larvae. “Tropical marine ecosystems are extreme too —Riesgo highlights—, because food availability is low”. Under these circumstances, a heterogeneous yolk enables them to stay more time in the water column —as the metabolic rate is lower— and to increase their dispersion ability. Individuals, who are more vulnerable in early juvenile stages, hide under coral formations to protect them against predators.

In the study, researchers first apply an energetic signature estimation commonly used in other marine organisms (for instance, crustaceans). According to authors, the ecological implications of the study could be extended to other sponge species: “Sponge reproductive biology remains poorly understood, although they are key species to marine ecosystems; yolk nature in many Arctic species is not known either. Thus, researchers will apply the results obtained to other species inhabiting the Southern Ocean, in order to observe whether it is an adaptation characteristic of organisms inhabiting very cold waters”, suggests Riesgo. Knowledge about yolk lipid contents gives information about larva permanence in the water column, an unknown factor in many species that contributes to the understanding of population distribution, dispersion and interaction. 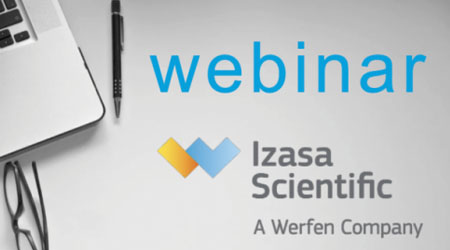